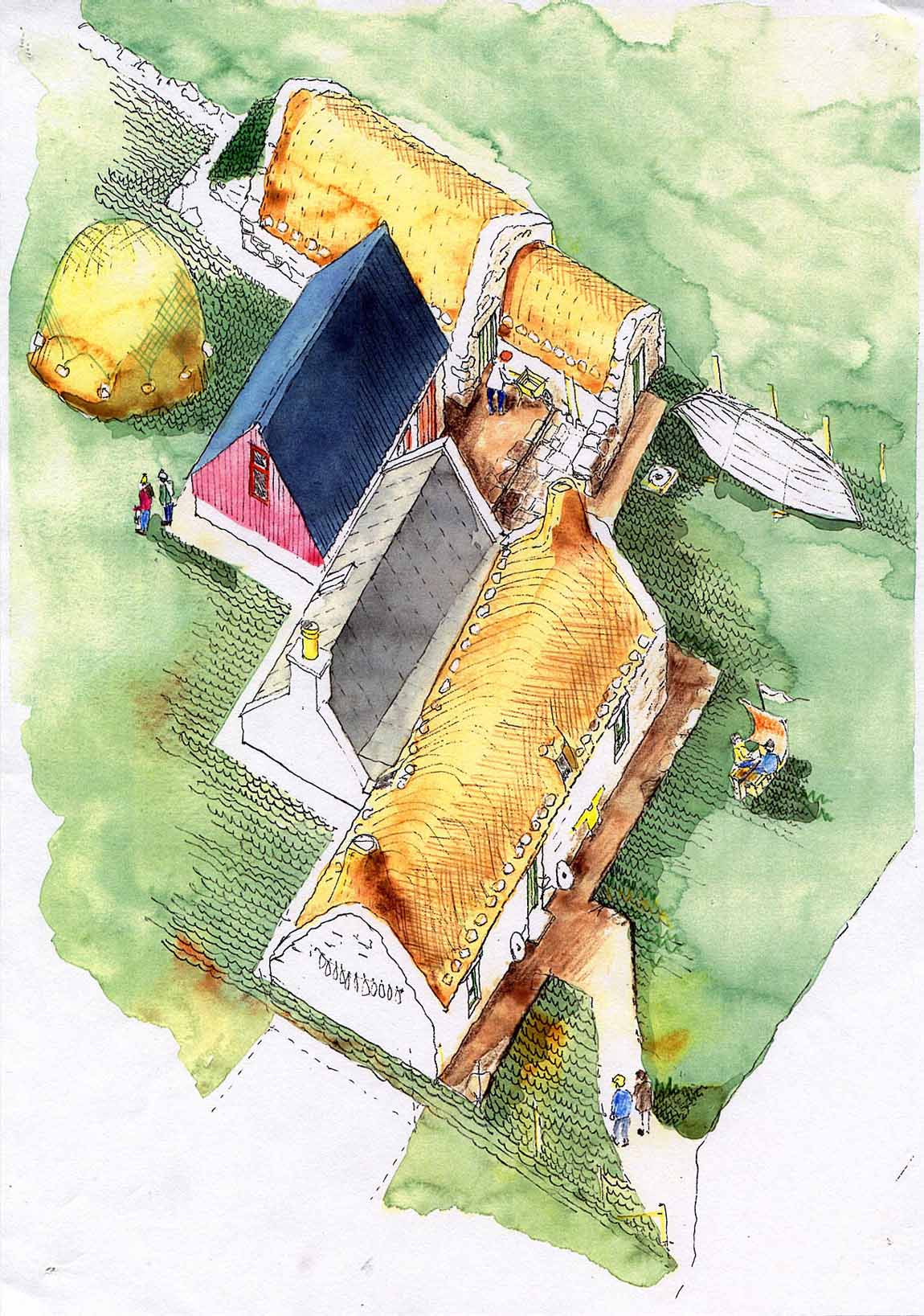 This Cat. B listed crofting  settlement: ‘A now rare example of a crofting settlement, with its various outbuildings and thatched roofs surviving’ comprised an interesting group of buildings which had grown organically and been upgraded over the years.

Redman + Sutherland carried out a detailed dimensional survey of the building and this formed the basis for designs to re-use the building as The Burra History Group premises. We arrived at a design philosophy which preserved the evolution of the croft over the life of the buildings rather than returning them to their original 19th century state. This gives the group an authentic feel and has proved to be a robust home for the History Group and a popular visitor attraction.