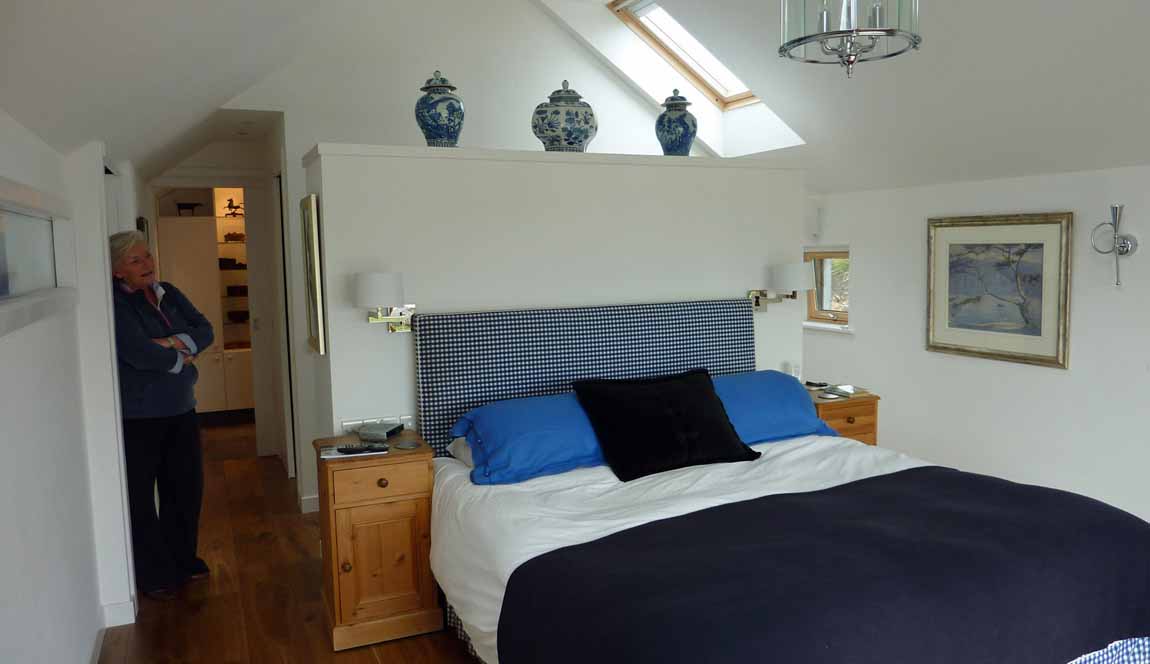 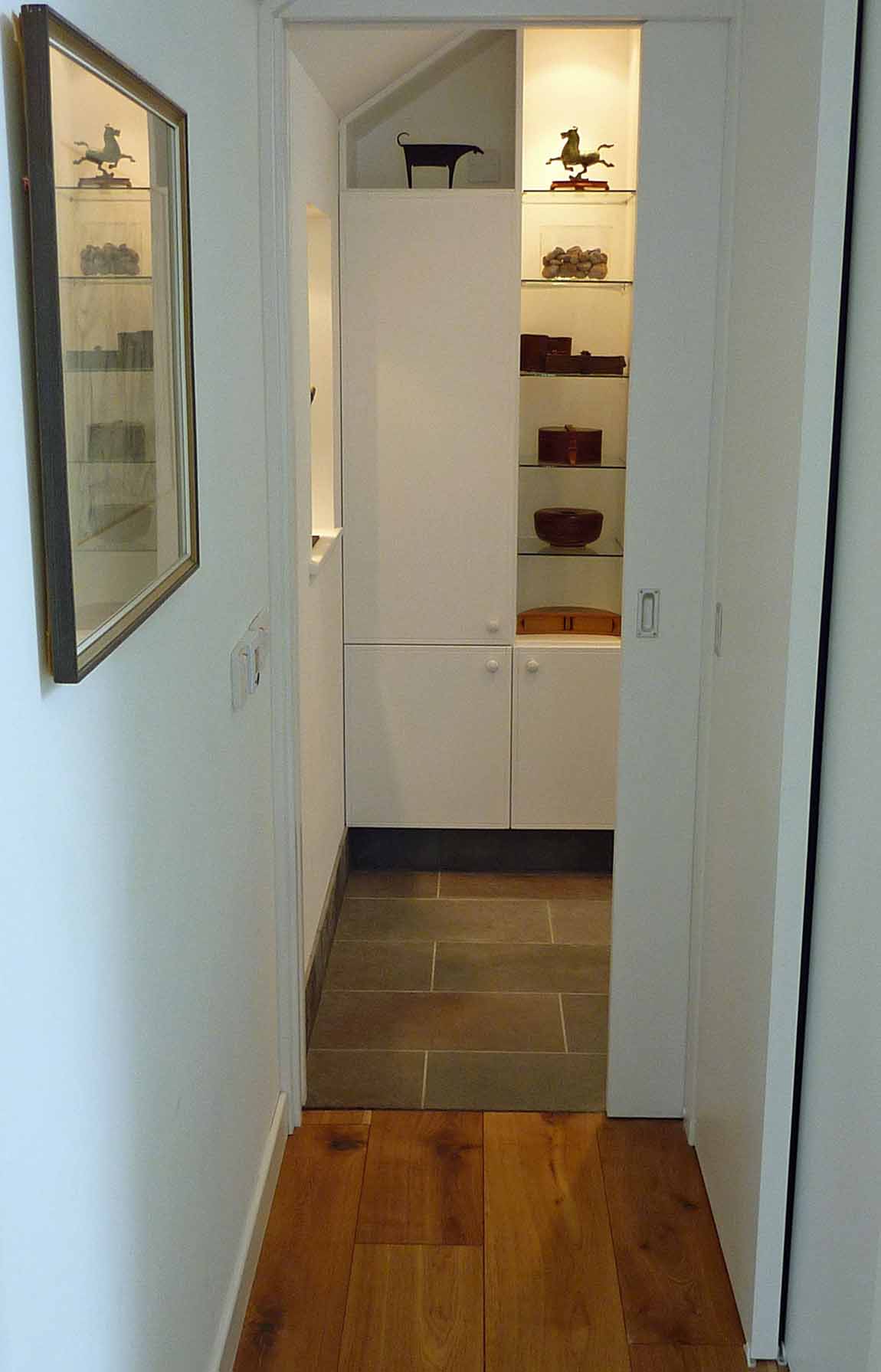 New house is a traditional cottage situated in Cullivoe on the island of Yell, Shetland. It was used as the holiday home by the artist and former Scotland rugby international Adam Robson who restored it sensitively and with classic simplicity. His daughter, also an artist in London, inherited both the house and her father’s love for the islands and, along with her husband, decided to make it their permanent home. We were commissioned to extend the property to provide a master bedroom suite and a studio space for Mrs Skinner taking advantage of the fantastic views over the Bluemull Sound.

The house had been extended by Mr Robson who had added a kitchen and utility space. This previous extension replicated the form of the existing house stepping up the steep slope to the rear. We have continued this approach with a new simple shed-like form containing the bedroom suite which retains the traditional scale of the house. Again it steps up the slope allowing a change of level between the bedroom and the studio space. These steps are contained by a built in storage unit giving the feeling of the solidity of an old stone wall and creating privacy between the two spaces.

The bedroom pokes a little further out into the garden and created just enough shelter from the ever present Shetland wind to create a usable small external sitting area accessed from the studio with spectacular views.