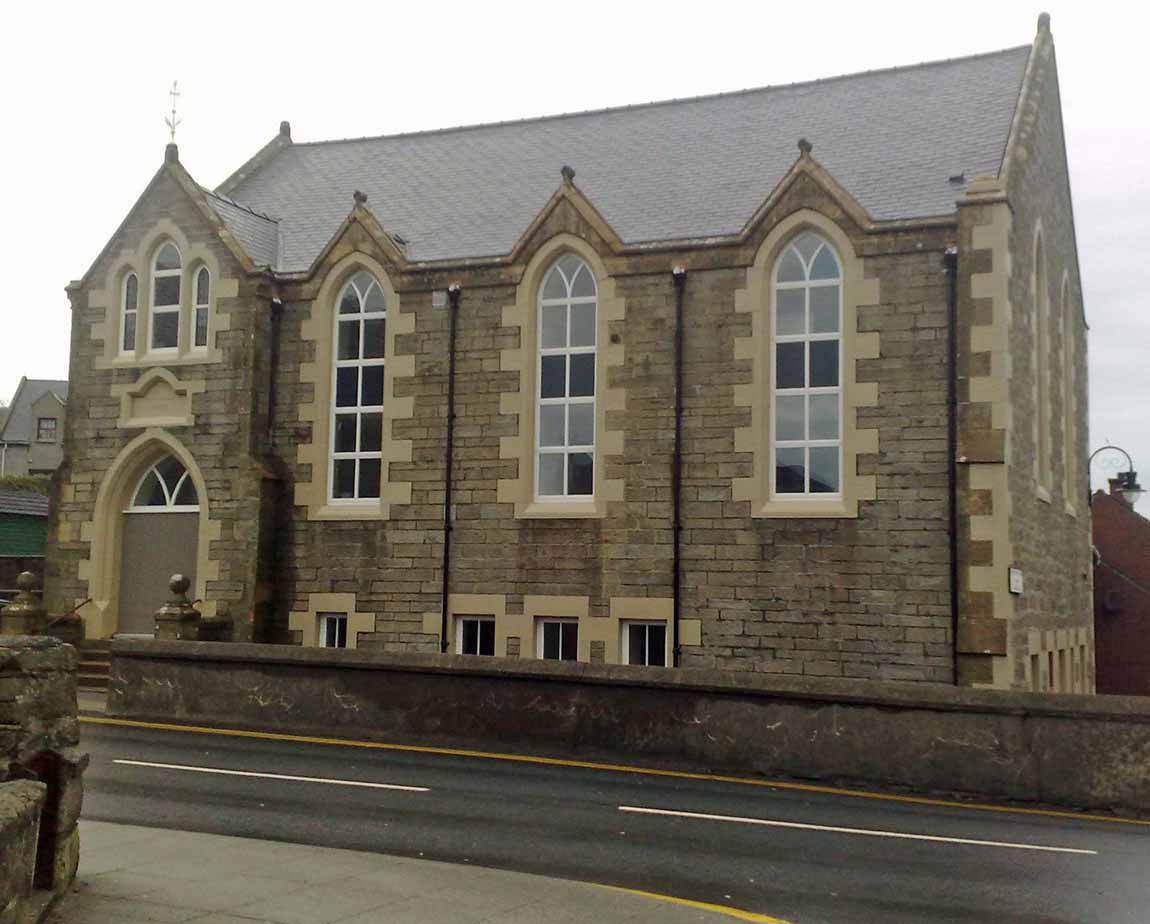 Completed in 1896 Lerwick Baptist Church had served its congregation for over a century. Absence of parking, access difficulties and lack of flexibility for modern day worship tipped the balance for the church towards starting again with a new building on a green field site. Hjaltland Housing Association exchanged a site on the edge of Lerwick for the church in an excambion deal. A new church has been built at Quoys and the former church converted into flats.

The original building had a hall and kitchen in the basement. The main church and gallery was raised above street level with steps up to the main entrance. In order to fit in the six one bedroom flats – judged to be the best mix for the housing association – a new entrance was created at the west end. This and the former basement entrance in the east gable serve two common stairs with three flats off each.

The existing windows have determined the positions of separating walls and the internal layouts. Cooking, dining and living are combined to give an open and spacious feel to these areas. These are on the south side of the building and all have light coming in from two sides. The original windows and former main entrance have been incorporated into the new layout capturing unexpected and delightful views. Conservation and encapsulation of the stained glass into new double glazed windows adds further uniqueness to the flats giving them all a different character.

Renovation of the fabric included rafter repairs, lead replacement, stone repair, pointing and re-slating. The new steel frame, concrete floors and insulated linings were fitted inside the original shell with the flats accessed by a contemporary steel stair.